It is necessary for employees operating in confined spaces such as stormwater drains to undergo extensive confined space training to understand the risks which they face and how they can perform their tasks without succumbing to those risks. However, rescues often have to be conducted during confined space work. The people who perform those rescues need to be aware of the special risks present as they undertake the rescue attempt before external responders arrive. This article discusses some of those risks.

Knowledge of the Victim

Another risk that confined space rescuers may face comes from their knowledge of the victims. Confined space work usually requires a rescue plan to be in place before an entry is made. That rescue plan is supposed to be implemented by some of the people at the scene when an emergency occurs. These rescuers usually know the people who have made the confined space entry. That knowledge can be a big disadvantage because they can increase the stress experienced by the rescuer.

For example, the rescuer may ignore some steps in the rescue procedure to get to a colleague sooner. Additionally, the stress can cause the rescuer to breathe faster. The air in the breathing assistance device can, therefore, be depleted sooner than would have been the case if the person were breathing normally. Extensive training is needed to equip confined space workers with the skills they need to act objectively and control the potential stress factors during a rescue.

Confined space rescuers are also constrained by their limited range of motion while they carry rescue and life support devices, such as breathing aids. Conducting a confined space rescue requires swift action because every second matters if life is to be saved after someone is distressed while working in a confined space. Workers need to undergo thorough training to know how they can rescue someone quickly despite being hampered by the different PPE which they are carrying.

Read in about 2 Minutes 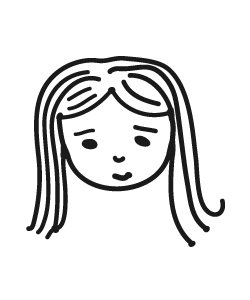 They say that it takes a village to raise a child. I say that it takes a good school to raise a child, who will then probably take a position in the village in which he or she can perform a useful public service. When I was looking for educational and development opportunities for my two children, I was really confused by all of the options available to me. Thankfully, a friend who has also been looking for the same thing put me in touch with an excellent agency who were able to match my child to a fantastic school which offers them the chance to develop into fully rounded human beings.